Before they began making world class wine. Before they hired a vineyard manager who insists on manually watering grapes so more moisture goes to the fruit, less to the foliage. Before their “small batch” ethos helped their first Cabernet Sauvignon earn a top Wine Advocate rating.

Before all of that, the Aquilini family had a history of success at everything they put their hands to. What finally led them to wine? It’s a story of destiny meets opportunity.

Originally from a farming background in northern Italy, the Aquilini family became successful in North America in agriculture, construction, entertainment, and hospitality. Along the way they traveled the world and were able to enjoy some of the finest wines at the most highly regarded restaurants.

Every now and then the Aquilinis noticed that a wine with a formidable pedigree and a price tag to match fell embarrassingly short of its reputation. Over time this observation repeated itself until one day the family had an epiphany: We can do better than this. We can create one of the world’s truly exceptional wines.

And so they did.

For ten years the family visited some of wine’s most hallowed grounds, including Tuscany, Napa, and the Willamette Valley. But the region that impressed them most was a little corner of land at the far end of the Yakima Valley in Eastern Washington called Red Mountain. This tiny AVA was barely on the map, yet had all the prerequisites for producing 100-point reds. So, when the last 670 acres of growable land came up for auction in 2013, the Aquilinis acted quickly and acquired this precious parcel.

To turn their dream into a reality they assembled a prestigious vineyard team. The group included an expert wine importer with a reputation for identifying up-and-coming winners. A world-famous winemaker from Bordeaux with a long track record of producing successful wines in France and in Napa. And lastly, a renowned vineyard manager known for his artisanal approach to tending vines and his deep reverence for the sun, rain, wind and soil.

They achieved success in a remarkably short time.

One of the Aquilinis’ first bottlings, a 2014 Cabernet Sauvignon, scored a provisional 95+ points on the Robert Parker Wine Advocate scale. To understand the significance of this achievement, listen to how the Robert Parker website describes a 95+ point wine:

An extraordinary wine of profound and complex character displaying all the attributes expected of a classic wine of its variety. Wines of this caliber are worth a special effort to find, purchase and consume.

The 2019 harvest may produce even more remarkable wine, with the Cabernet Sauvignon sourced exclusively from the 59 hand-managed acres that comprise the Aquilinis’ Elite vineyard. Evidence that today, and in the coming years, the family is striving to make wine that continues to live up to the high standards noted by Parker. Striving to make a product that gives you (and them) tremendous joy, pleasure and satisfaction. And striving for something the Aquilini family has always aimed for.

Where a wine comes from is just as important as who’s making it.

Maybe it’s the extreme temperature shifts — cold at night, blazing hot during the day — that lead to a more intense, more refined and complex flavor. Perhaps it’s hand-picking each grape — no stems, no leaves, nothing over- or under-ripened to interfere with perfection. It might also be Red Mountain’s gentle slope that creates its natural drainage, protecting precious root systems from mildew.

One thing is undeniable: the Red Mountain AVA is blessed with a confluence of growing conditions that winemakers dream of.

Geologically speaking, the region was formed around 20,000 years ago, the result of receding glacial floods and severe weather that deposited a combination of nutrient-rich soil and layers of sand and silt — perfect for growing grapes. Situated in the far corner of Washington’s Yakima Valley, Red Mountain is quickly making a name for itself by consistently producing award-winning, 95 to 100-point vintages.

Red Mountain is a blessing to those fortunate enough to practice their art in such a place — where the land’s inherent nature is a gift to winemaking. Marry that with the Aquilini’s blend of traditional and modern methods, an old-world reverence for the land, and a time-honored process that values craft and quality over speed and volume, and the potential for legendary wines is boundless.

``We can make 100,000 bottles. Or we can make something special.`` The words of the Aquilini family drift along Red Mountain, inspiring a team with world-class experience and passion found only in those who have great winemaking in their blood. 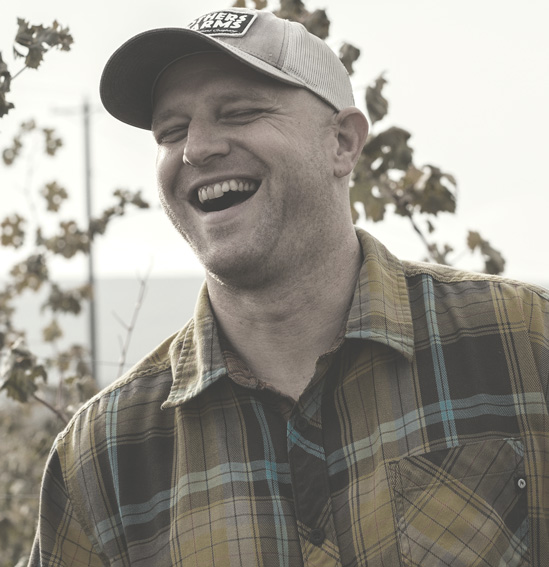 A long standing passion for the wine industry, leadership skills honed in the Iraqi desert and an education in viticulture and enology have lead Andrew where he is today: roaming the fields of the Red Mountain AVA. In 2012, while researching Grapevine Leafroll Virus epidemiology, Andrew was hired to manage Hattrup Farms, including the Elephant Mountain and Sugarloaf Vineyards in the Yakima Valley AVA. After honing his craft there, along side Joe Hattrup and Emilio Garcia, Andrew has worked with over 25 different grape varietals in Washington and 25 different clones within varieties, coaxing their individual personalities and delicately refining the individual timing required to achieve the optimal quality and production of each. 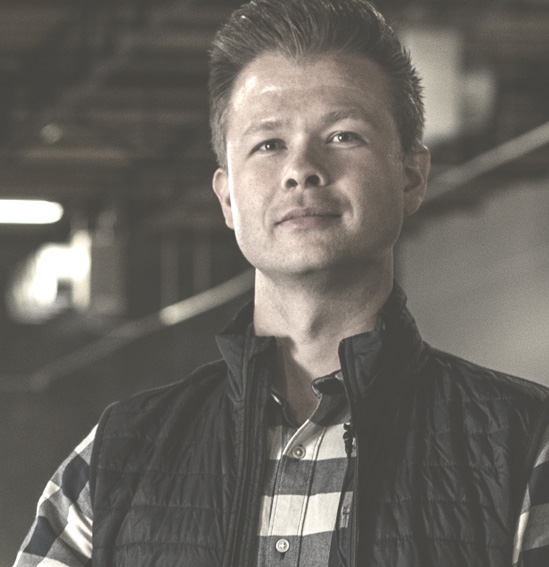 Even’s passion for winemaking began in 2012, when he convinced his parents to plant 100 vines each of Merlot and Cabernet Sauvignon on their property — the best way to learn how to establish a vineyard, he reasoned. His education continued at Walla Walla’s acclaimed Institute for Enology and Viticulture, and at a number of wineries — Bergevin Lane, Tertulia Cellars, Tero Estates and Long Shadow’s among them. With his education complete, Even began working for K-Vintners, but after moving them to Seattle, and several months of steady gray skies and soul-crushing traffic, he returned to the warmth and wind swept hills of Eastern Washington's famed Red Mountain, where he is currently the Aquilini Winemaker under the direction of Atelier Melka. 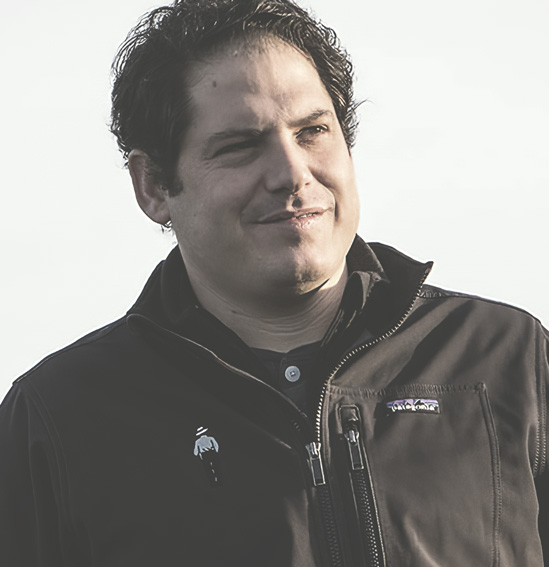 Maayan has amassed an impressive winemaking resume, beginning in the vineyards of Israel with iconic producer Margalit Winery, and working alongside some of Napa Valley’s top winemakers at Screaming Eagle and Dalla Valle. In 2014 Maayan joined Atelier Melka, a consultancy specializing in small production, handcrafted, high-end wines, where has been the Director of Winemaking since 2016. He brings a dynamic array of talents to the Melka team. With a background in Engineering and years of experience in both wineries and vineyards, Maayan plays a multifaceted role at Atelier Melka involved not only in winemaking and operations but design and implementation of winery development. 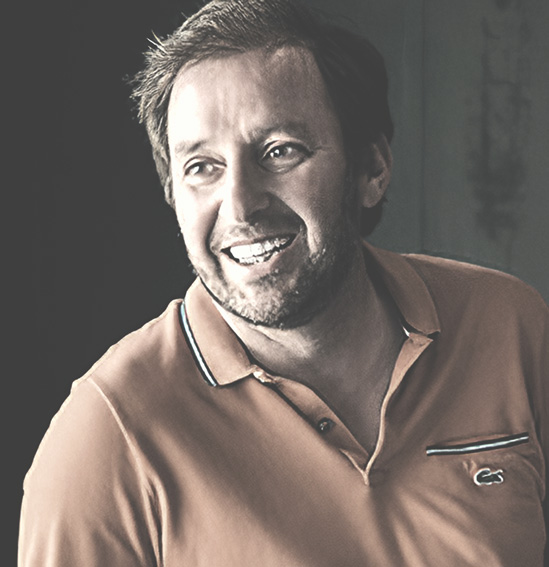 Philippe has the rare combination of talent and good fortune to be a winemaker who started at the top: his first jobs out of school were at Petrus and Dominus. His resumé has remained at that storied level, with over 30 years of experience with renowned wineries primarily in Bordeaux and Napa Valley. Napa’s soils proved to be a revelation, so he set out traveling, dividing time between soil study and winemaking at renowned wineries Badia a Coltibuono in Chianti and Chittering Estate in Australia. In 1995 having returned to Napa full time, Philippe founded Atelier Melka, where he has served as winemaking consultant for some of the most highly regarded properties in the US and around the world.